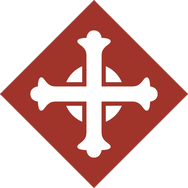 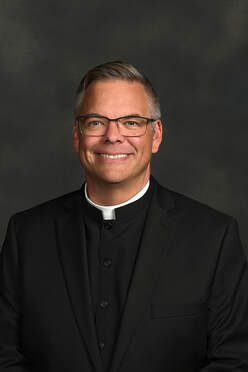 Rev. Jeffrey P. Shooner
​Pastor
​
​​Fr. Jeff Shooner attended St. Polycarp parish and school and is a 1989 graduate of Holy Cross High School. He is a 1993 graduate of the United States Air Force Academy with a Bachelor of Science in Political Science and served active duty as an intelligence officer. He attended seminary at Theological College at the Catholic University of America in Washington, DC, and was ordained to the priesthood for the Archdiocese of Louisville on December 11, 2004.

Fr. Jeff has served as associate pastor at Immaculate Conception in LaGrange and at St. James in Elizabethtown. He has also served as pastor of St. Lawrence and as sacramental moderator of St. Boniface. He has served on many committees throughout the archdiocese. He is an Eagle Scout and has been active in the Catholic scouting community. He has served on the Board of Directors for Holy Cross High School. He is currently ​the Vicar for Priests for the Archdiocese of Louisville.

While deeply rooted in the Catholic Faith, Fr. Jeff has benefited from the love, wisdom, example and prayers of Protestant brothers and sisters at many key moments in his life. In many bible studies and prayer groups through the years, he came to encounter Jesus Christ, the Word of God, in a truly personal way. He experienced freedom through the work of the Holy Spirit and has a profound trust in God's providence. It is that providence which has now led him to St. Patrick and to St. Boniface.
​jshooner@stpatlou.org 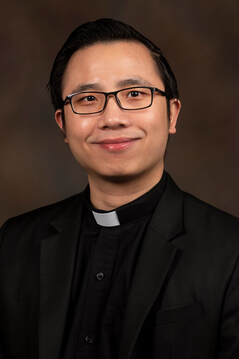 Fr. Quan Nguyen was born on July 5, 1988 and raised in a Catholic family in the rural area of Vietnam. He is the son of Nguyen Huu Khiem and Bui Thi Huy, who gave him the first sense of serving God and people and have played an important role in motivating and inspiring his vocational journey. He is the fourth of the five children. He graduated from Quynh Luu High School in 2006 and got a Bachelor’s degree from Hue University of Science in Mass Communication in 2010. He started seminary in 2011 with the diocese of Vinh and graduated from Vinh Thanh Seminary with a degree in Philosophy. In 2016, Fr. Quan was accepted as a seminarian for the Archdiocese of Louisville and began studying English at University of Louisville. In 2017, he began studying theology at Saint Meinrad Seminary and School of Theology in southern Indiana. He received a Master of Divinity degree from Saint Meinrad on May 8, 2021. He was ordained a deacon on November 28, 2020 and ordained a priest on May 29, 2021 by Archbishop Joseph E. Kurtz at the Cathedral of the Assumption of the Archdiocese of Louisville, Kentucky.
Fr. Quan's parents and siblings currently live in Vietnam. His parents, virtuous parishioners, have been participating in serving in many various activities of their parish. His brother is an engineer of technology. He has three sisters: one of them is a high school teacher and two other sisters are nuns of the Sacred Heart of Jesus Congregation, who have always motivated his priestly vocation. Furthermore, he was living with the pastor of his home parish in Vietnam when he was eight years old. The pastor, whose name is Father Anthony Bui Duc Duyet, was a man of prayer who encouraged and taught him how to pray, contemplate, and grow his spiritual life. The pastor was also a man of the poor who was willing to support the poor, both Catholics and non-Catholics. This image of the pastor inspired him to have a sense of love and compassion for others in the Church and society.
Fr. Quan is excited to begin his priesthood and serving the people of St. Patrick and St. Boniface parishes. For him, becoming a priest helps to satisfy his desire to serve God and His people. He would like to discover deep dimensions of a servant of God and the Church to be a faithful witness of the Word of God in his life with a humble heart and a prayerful soul. He looks forward to expressing the love of God for the sick, the poor, and the vulnerable. He wants to bring hope, joy, and love for others through caring for community and celebrating the sacraments of the Church, especially Reconciliation, the Anointing of the sick, and the Holy Eucharist. As a priest of Jesus Christ in holy cooperation, he hopes to have been configured in Christ and sanctify not simply in his name but in the person of Christ, the Head. He is trying to bear abundant fruits for the life of the Church and for the salvation of the world in his priestly life.
​
qnguyen@stpatlou.org
Deacon David Tomes
​Deacon
​
Deacon David Tomes is a native of Western Kentucky and grew up in Chicago. He was ordained a Deacon in 1984 and served at St. Michael's and Transfiguration Catholic Churches before coming to St. Boniface in 1998. He is President of Henderson Property, a Land Development Company. He and his wife Dayna have 2 grown children and 4 grandchildren.
davidtomes@aol.com 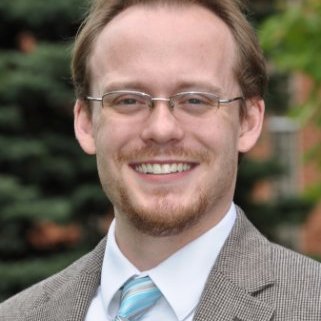 Ryan P. McEldowney
Organist and Director of Music
​
Ryan P. McEldowney is Director of Music and Organist at St. Boniface Catholic Parish in Louisville, Kentucky. He comes to Louisville from St. Anthony of Padua Catholic Parish and School in Milwaukee, Wisconsin, the largest Catholic parish school in the United States. He also served for seven years as Director of Liturgical Music at St. Francis de Sales Seminary in the Archdiocese of Milwaukee.
Mr. McEldowney holds a Master of Music degree from the University of Wisconsin-Madison and completed his undergraduate studies summa cum laude in music at Carroll University in Waukesha, Wisconsin.

In a career in sacred music that began when he was only in high school, Mr. McEldowney performed at several famous and historic churches across the State of Wisconsin, leading choirs and serving as guest organist at the Cathedral of St. John the Evangelist in Milwaukee, the Basilica of the National Shrine of Mary, Help of Christians at Holy Hill, and at the architecturally glorious, domed Basilica of St. Josaphat. Choirs under his direction have been featured in nine nationally-broadcast TV Masses for Heart of the Nation.

An award-winning singer, Mr. McEldowney has won awards from the Wisconsin chapters of the National Association of Teachers of Singing, and Music Teachers National Association. He is a winner of the Wartmann Voice Award and Laura Stroud Bartsch Music Award, in addition to representing the State of Wisconsin in the 2012 MTNA Young Artist Competition, where he was the top-placing male and earned 2nd place overall in the East Central Division.

He has been a featured soloist in numerous orchestral works, including Schubert’s Mass in G and F.J. Haydn’s Theresienmesse with the Waukesha Choral Union; a critically-acclaimed, historically-informed performance of J.S. Bach’s St. John Passion with the Wisconsin Chamber Choir; J.S. Bach’s Coffee Cantata with harpsichordist John Chappell Stowe as a guest artist on the University of Wisconsin Faculty Concert Series; and Mozart’s Coronation Mass with the Concordia Civic Chorale and Orchestra.

On the operatic stage, Mr. McEldowney has performed leading tenor roles with the Milwaukee Opera Theatre, Candid Concert Opera, Festival Aurora Borealis, and the University of Wisconsin Opera. With the Madison Savoyards Gilbert and Sullivan troupe, Ryan sang the roles of Colonel Fairfax in their production of The Yeomen of the Guard and Captain Fitzbattleaxe in the seldom-produced Utopia, Ltd. In addition, he has been a featured performer in many of their winter musicales and summer preview shows. His operatic performances have been met with praise by critics: “bright, gleaming tenor with fine enunciation” (Fanfare Magazine); “outstanding singer” (Fanfare Magazine); “vocally trim and dramatically agile” (Isthmus); "always reliable and strong-toned" (Isthmus); "remarkably fine" (The Well-Tempered Ear); "an agile and pleasing instrument" (The Capital Times).
Mr. McEldowney resides in Louisville, Kentucky with his wife and four children, and is a student at the University of Louisville, pursuing a doctoral degree in dental medicine.
ryanmceldowney@gmail.com 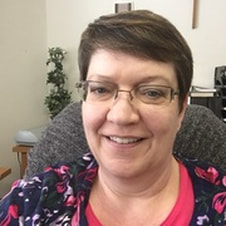 Patty is originally from Akron, Ohio.  She and her family moved here in July of 2006.  She is married to Tim and they have three adult children, Brian (Ashley), Kathleen and Tom. Their first grandchild (Audrey) was born in September of 2013, and their second grandchild (Cora) was born in October of 2016.  She has worked as a Church Office Manager in two previous churches, one in Crestwood, Kentucky and one in Stow, Ohio. In her spare time she enjoys spending time with family, camping, reading, and vacationing at the beach.
patty@stbonifaceparish.com 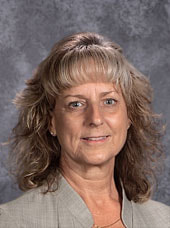 Gale Gowen was born the youngest of three girls.  Her father was in the Air Force which moved her family all across the country.  She settled down in the Kentuckiana area during her 8th grade year and now calls this her home.  She has been married to her husband Ray for 40 years and they have one daughter Christina.

She graduated from Jeffersonville High School and moved straight into the workforce.  Her first job was with a printing company here in Louisville and then moved into public accounting where she worked for over 25 years.  She left public accounting to work for the Archdiocese at St. Margaret Mary as assistant bookkeeper and then joined St. Patrick’s in July 2015 as Financial Administrative Assistant.  Since then she has moved up to the Bookkeeper position at St. Patrick and also holds the Business Manager position at St. Boniface.
ggowen@stpatlou.org